Today’s lesson will seek to remedy this a bit by giving a brief description of the main opponents of Jesus and His teachings. They were the Jewish sects of the Pharisees and Sadducees. However, before we explore these two sects, we’ll need to know the cornerstone belief of ancient Judaism.

Odds are, most Westerners would be able to tell you that Easter is the Christian celebration of Jesus Christ’s resurrection from the dead. However, I’m guessing most would find it difficult to give a factual description of why He was crucified. Even rarer would be someone who could give you a historical description of those who led the charge toward His crucifixion.

Judaism is the ancient faith of the Jewish people. As a faith system, it sets itself apart from most ancient religions in that it is monotheistic, or believes in only one God. Their God, often referred to by the very sacred name Yahweh, was to be worshiped with deep reverence and awe.

With this down, let’s get going with the Pharisees and Sadducees. Once we’ve differentiated between the two, we’ll get to their collective problem with Jesus Christ.

Often mentioned in the Christian Bible, the Sadducees were sort of the Jewish aristocrats of Jesus’s day. Like most aristocrats, they were usually well-to-do, holding the majority of the seats in the Sanhedrin, the Jewish ruling council. In this position, they pushed a very, very strict interpretation of the first five books of the Old Testament Bible. These were known as the Torah in Hebrew. However, building on the fact that there are five books, they’re often referred to as the Pentateuch in more modernized, Greek based translations, with penta, meaning ‘five,’ as in pentagon.

Although the Sadducees were supposed to be religious leaders, this didn’t keep them from being very politically active. One of their goals was to keep the peace between the Jewish community and the Roman Empire that ruled over Israel.

Their desire to appease Rome, along with the fact that they were rather wealthy and very strict, didn’t make them a fan favorite. Yes, they did hold the majority of the seats in the Sanhedrin. Yes, they usually held the highest positions of authority in the Jewish temple. However, just like lots of today’s politicians, the common class of Jews didn’t have much use for them, their money, or their connections to Rome.

Though it’s corny beyond words, I remember the Sadducees by thinking even though they were rich and held positions of power, most people didn’t really like them, and that’s why they were ‘sad, you see!’ As I said, embarrassingly pathetic, but it helps me remember. Being ‘sad, you see,’ they needed help connecting with the common Jews of their day. Enter the Pharisees.

As also members of the Sanhedrin, we could think of the Pharisees as the middle-class Jewish rulers of Jesus’s day. Holding jobs like merchant, they were more on the level of the masses. Yes, they too were usually wealthier, but they weren’t, shall we say, out of touch with the common man. In the eyes of the common man, we could say the Pharisees just seemed more ‘fair, you see!’

Also unlike the Sadducees, the Pharisees were less strict when it came to the laws of the Torah or the Pentateuch. Yes, they still considered them holy, but they felt their oral traditions, or customs passed down through the generations, were sort of equal to the law. Now that we’ve covered some of the main differences between these two Jewish sects, let’s get to their issue with Jesus Christ.

For this, we’ll need to rely on the first four books of the Christian New Testament Bible, known collectively as the Gospels. They are the main source on the earthly life of Jesus Christ. To state it simply and succinctly, these powerful Jewish sects despised Jesus Christ because He claimed to be the son of their sacred God.

Making matters worse, He claimed equality or oneness with God. The New Testament plainly quotes Him as saying, ‘The Father and I are one.’ (John 10:31) Now, remember the main hallmark of ancient Judaism was that there is only one God, and He has no equal. So, to Jews, Jesus’s claims were fighting words for sure!

Add to this that Jesus started to develop a pretty big following, and you can see why they got a bit miffed. Also, Jesus was offering freedom from the penalty of sin. However, many misinterpreted this as Him offering freedom from Rome. To the politically-minded Sadducee, this was more than disconcerting. What if this Jesus character started a rebellion? What if He and His followers made Rome mad?

With these political thoughts weighing on the minds of the Sadducees, the Pharisees were also tied in knots. When Jesus was baptized by John the Baptist and common people reported seeing a dove come from heaven and hearing a voice say, ‘This is my dearly loved Son, who brings me great joy.’ (Matthew 3:17), they were outraged. However, when Jesus started performing miracles, like healing the sick and raising people from the dead, you can see why both the Sadducees and the Pharisees wanted Him gone.

And gone is what they pursued. Getting permission of sorts from Rome and convincing Judas Iscariot, one of Jesus’s disciples, to betray Him, the Jewish leaders captured Jesus and put Him on trial. When Jesus remained silent, refusing to renounce His claims to be God, the Jewish leaders had Him whipped and beaten. Placing a crown of thorns on his head as a means to mock His claim to royalty, He was led to a place known as Calvary or Golgotha. There, He was nailed to a cross and crucified.

However, according to the Gospels, the plan of the Sadducees and the Pharisees pretty much backfired. On the third day after His execution, His tomb was found empty! Left behind was an angel proclaiming, ‘He isn’t here! He is risen from the dead, just as He said would happen.’ (Matthew 28:16) Thus, the story of Easter and the founding of a faith that has defined much of our modern world.

Being the wealthier, aristocratic Jews of the day, the Sadducees held a majority of the seats in the Sanhedrin, or the Jewish ruling council. They desired a very strict interpretation of the Torah, known in Greek as the Pentateuch. They also worked to maintain peace with the ruling Roman Empire. Due to all this, the Sadducees were not very popular with the common Jews of the day.

Recorded in the New Testament Gospels as the two main groups that orchestrated Jesus’s crucifixion on Calvary, the Sadducees and the Pharisees have often been considered His greatest earthly opponents. To them, His claim to be equal to their holy God was in direct contradiction to their ideas of monotheism. So seriously did they take this, that they plotted and carried out His death.

However, also according to the Bible, this plan was rather undone when on the third day after His death, Jesus Christ was resurrected. As the angel proclaimed, ‘He isn’t here! He is risen from the dead, just as He said would happen.’ 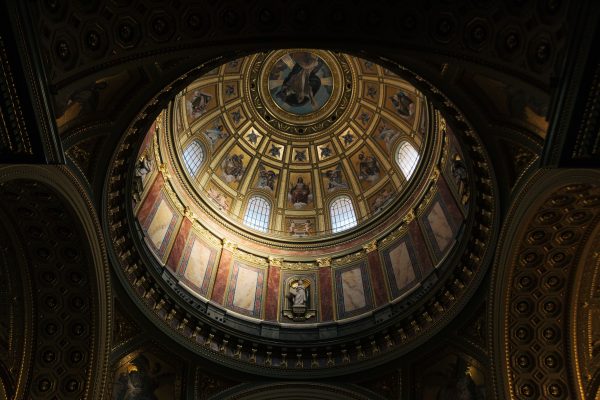 by GodLovesMe
Slide_4, The Holy Land 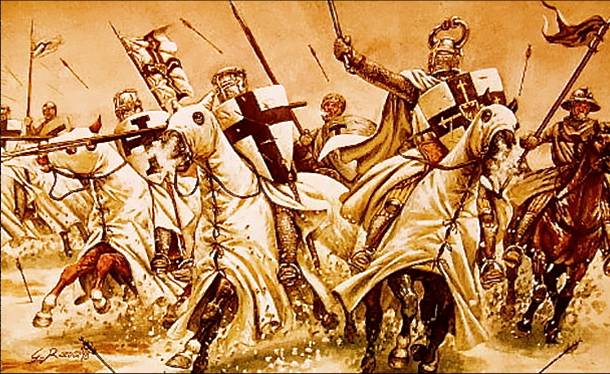